I played at Grayhawk while in town for the Phoenix Open in 2018. This was our first round on the books after a long flight in from Michigan. We were due to tee off right around 2pm, and made it to the golf course with about 20 minutes to spare. After hitting a few shags on the range, we made our way to the first tee.

At the time I stood on the first tee, Golf Digest had the Raptor Course ranked in the top 25 courses in the state. At the time I’m writing this, it is no longer on the top 25 list.

Overall, I wish my experience had been a better one. The course was PACKED and pace of play was a major issue. We were making the turn at just shy of 3 hours, and waiting on every shot. After paying over $250 for this round, we were all pretty hot that they jammed that many people on the course and weren’t moving them along well enough. The 10th hole had guys on the tee-box, in the fairway, and on the green, with no sign of us teeing off for the next 30 minutes at least. The pro shop could’ve cared less. Not kidding. In fact, their response was “That’s what it’s like during Phoenix Open week”. What a crock of shit. Well if they are going to take over $1000 per foursome for the round, you should be warned, plan on a 6+ hour round. I played Troon North the next morning and that pace of play was fine. Sadly, it’s my opinion that Grayhawk used the Phoenix Open as a money grab and put way too many people on the golf course. They recommended that we sneak off the back nine of the Talon course, which none of us wanted to do. We were there to play the Raptor. Nonetheless, it was our only option to get in as many holes before we ran out of daylight, which we did. 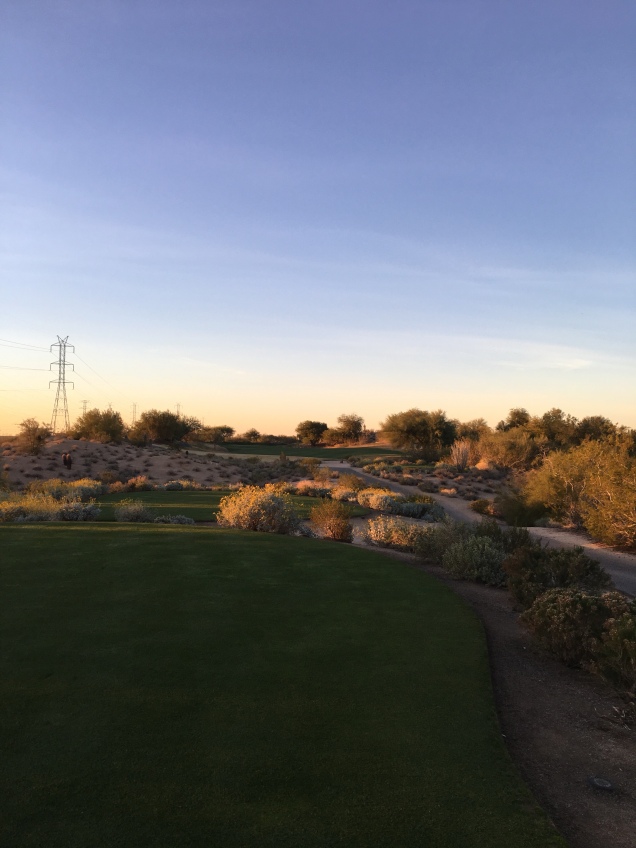 The first 9 holes were decent. The front 9 on the Raptor is typical desert golf. Strategic bunkering and length were common, and most of the greens were elevated or crowned, and sloped back to front. It was really hard to get into a rhythm playing in 3 hours time. We were all frustrated and tired (from getting on a 6am ET flight). As you would imagine, the course was pretty beat up from having so much play. I can’t fault the golf course itself for my bad experience. The layout was nice and I think it would’ve been fun to play on a normal day. Simply put, the staff and operations ruined the day.

We played about 5 or 6 holes on the backside of the Talon course before we ran out of daylight. $250 down the drain.

Unless somebody else is footing the bill, I probably won’t be back. Sorry Fazio!