Although only less than 40 minutes from my driveway, public, and easily accessible, somehow I had never played Tullymore!  That had to change right away, so on a sunny Friday morning in May, a couple of buddies and I made the short drive north to check it out.

Tullymore is a young course, having only been open since 2002.  It was designed by Jim Engh, and gained accolades as the number one new upscale public course in America by Golf Digest.  Simply put, this golf course was a TON of fun to play.

The layout is pretty solid.  Most of the par 5’s are long, and the par 3’s are memorable.  The bunkering is very strategic, and the green complexes are better than what you would think at a resort course.

The 9th hole features a bunker called “Patricks Purgatory” which I chuckled about quite a bit because two of my buddies spent a considerable amount of time in this bunker.  As they say, it looks like heaven but is hell to get out of.

The par 5 18th was probably my favorite hole, bringing water into play off of the tee and on the second shot if you want to go for the green in two.  The hole wraps around a large lake on the left hand side, and presents an awesome risk reward scenario for the finishing hole.

I’d love to play this course again, and will.  I learned something about every hole after playing it, that will make the round more enjoyable next time.  At the end of the day, the course was in great condition, greens were rolling nicely, the layout was entertaining, the weather perfect, and the company even better.  It was a great day! 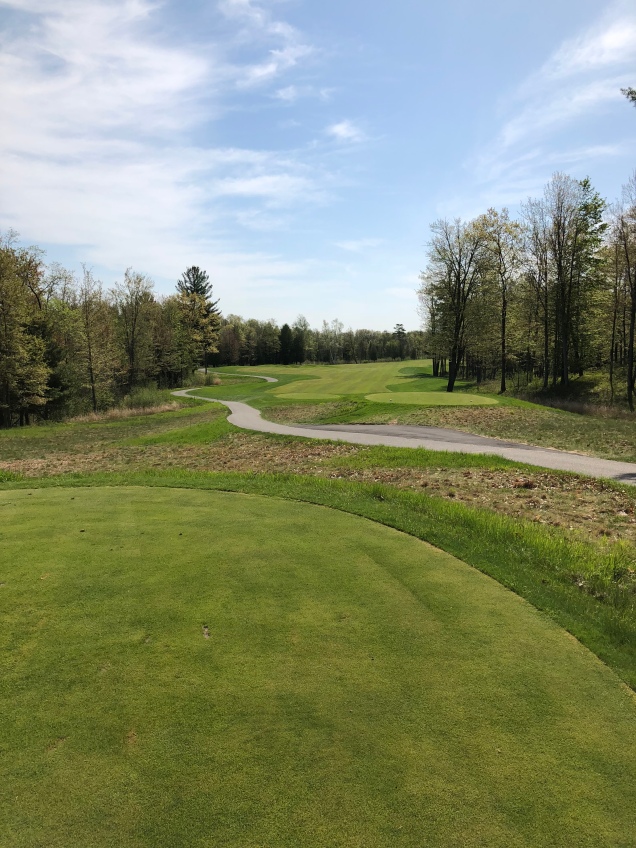